Spartan Games, not content with showing off the thoroughly gorgeous new French ships for Dystopian Wars, they’re also showing off a host of pant tighteningly lovely ships for Firestorm Armada…

So to kick things off, we have a new and very shiny looking Nausicaa Class MKII Dindrenzi Battleship. By the looks of things it’s a tidied up version of the original that is, to be frank, an absolute bastard to build. 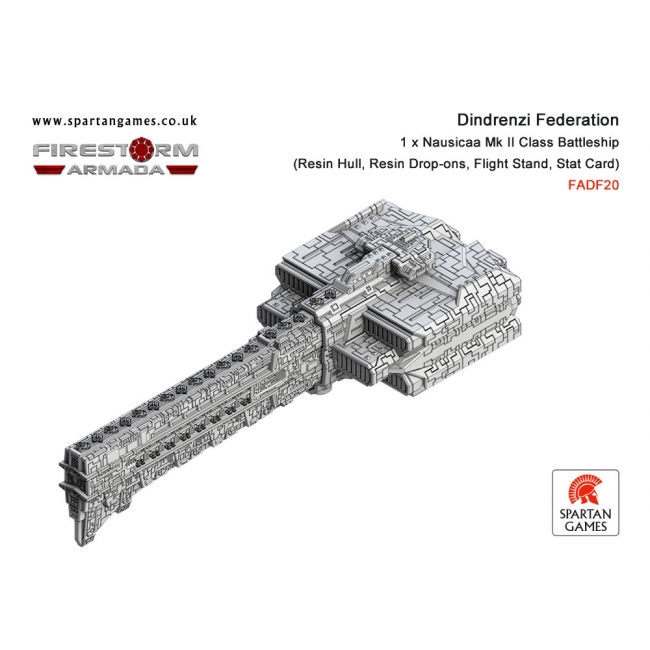 Next up we have the Aquan Chironex Class MKII Cruisers that are sooooo much cooler than the originals and further supports my theory that a new Firestorm Armada rulebook and starter sets are imminent. 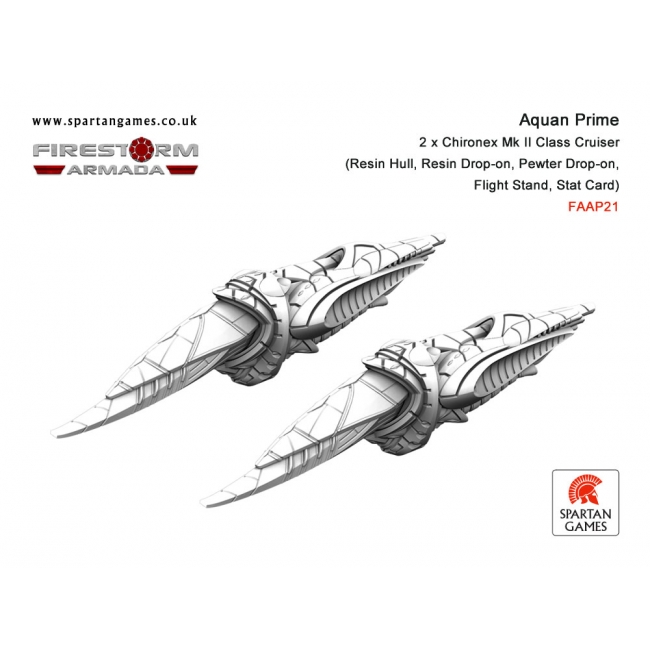 Following on in that vein we have the Barracuda Class MKII Frigate. I actually really like these. And once you realise how you’re supposed to look at them in the shot below, they should remind you vaguely of the Jedi fighters in Episode III. I’m a tad disappointed that these are metal but hopefully the detail won’t suffer too much for it. 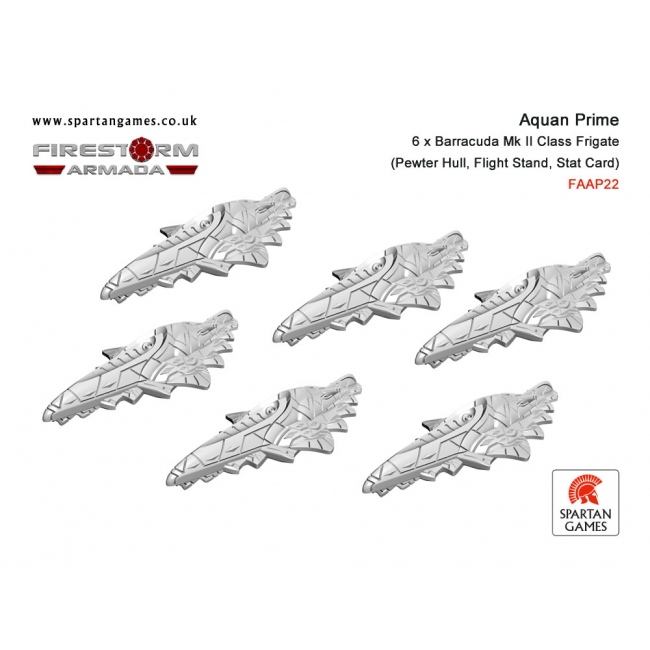 Baddies turn again with new releases for the Zenian League. Specifically the back of mentalists that make up the RSN and the Ba’Kash. The RSN Dreadnought is way cool but it totally over shadowed by the Ba’Kash Sharnak Class Cruiser entirely because it comes in two versions – open and closed – and you just know that there’s a damn good and utterly destructive reason for it. 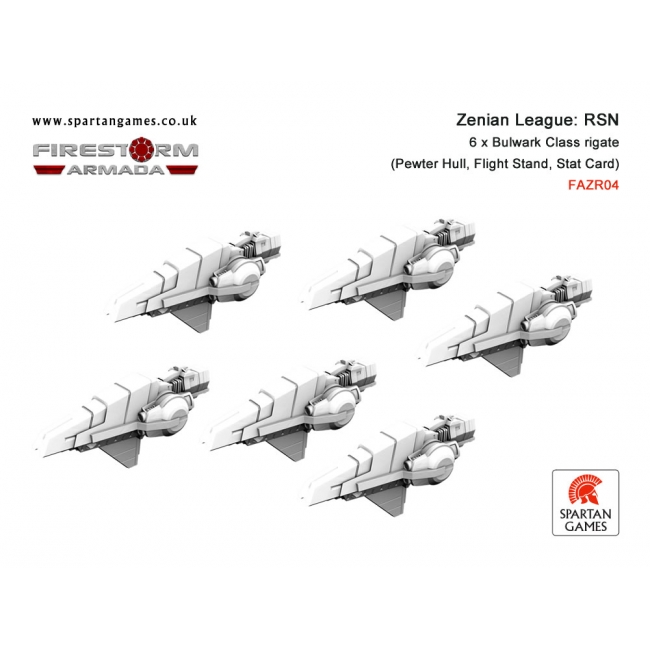 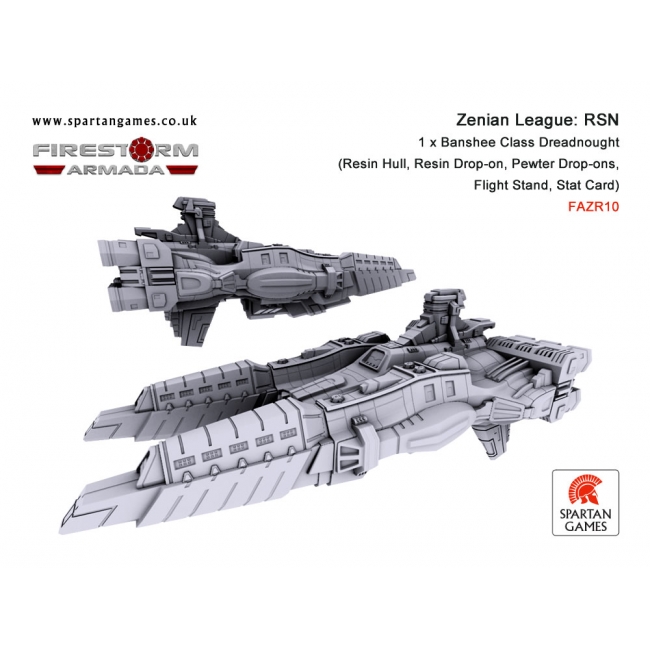 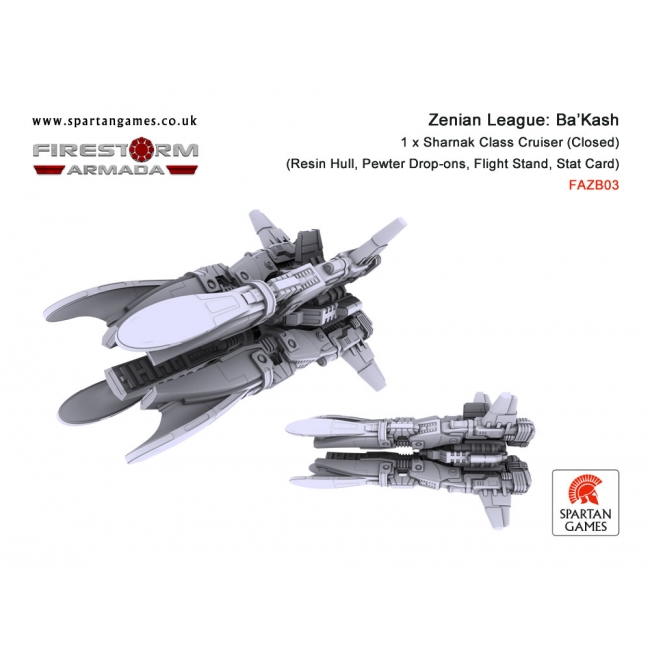 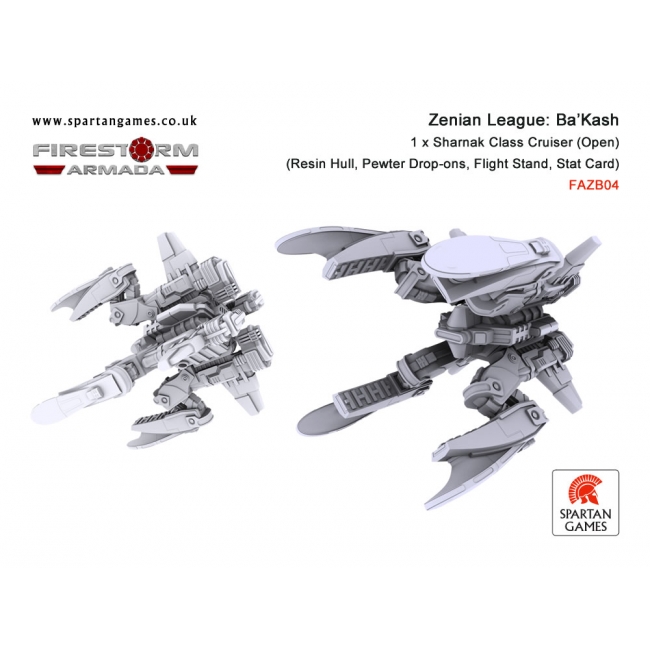 The above will be available from the 15th Feb. Also known as tomozza.

5 thoughts on “Port in a Firestorm”