This evening’s post came about through chatting with my esteemed friend and fellow Alliance member Liam Hall – aka @MunkeyKungFu. A thoroughly upstanding sort and great to chat to, he’s always on hand with suggestions when I throw the subject of a blog post open to the Community, as I’m prone to do from time to time. And some of them are even sensible. On this occasion Liam struck gold as he mentioned Studio McVey’s awesome and gorgeous Sedition Wars and its current Kickstarter campaign.

Although I’ve written about Studio McVey in the past and was even lucky enough to write a first look review of Sedition Wars back in Ocotber last year, the subject of Kickstarter/Indie Go Go campaigns has been cropping up a lot lately both in the Community and with The Chaps as Project Awesome draws ever closer to being ‘finished’.

When I first heard about Community funding schemes I was in two minds as it seemed that the Community was propping up companies who wanted to fund new projects but couldn’t afford to. And then once all the new shiny toys were in production that same Community was going to give the company their money all over again. However, I didn’t appreciate the following:

1. You get cool shit for the money you pledge.

2. The companies that write the games we play or design the models we paint are as much a part of the Community as anyone else and there are times when they need our help.

A wargaming company is only as strong as its weakest enthusiast and so by encouraging the Community to invest in its future we not only feel a profound and enduring sense of connection – which will increase our enjoyment and help their business – but we ensure that the games we like to play endure. It is, for a change, a win win situation. Businesses remain viable and we get to play toys to our hearts content with the knowledge that we made a difference.

It may all seem a bit gushy but the fact is that times are just as tough for our niche market as they are for everyone else. We still spend our hobby allowance, come what may, but we’re spending less or it just isn’t going as far (are you listening GW?!). By spending our hobby allowance on a Kickstarter or Indie Go Go campaign we are still getting toys, or a limited edition print, or whatever, but we are also guaranteeing a toy fix for a couple of months time. The difference being that we helped when it was needed. Besides, without these campaigns being a success some companies would never get off the ground and others wouldn’t be able to expand and eventually fall by the way side and then we’d have no hobby at all. And that would suck.

But when you get down to it, the likes of Avatars of War are asking from a few quid to produce some pretty amazing toys and, in exchange for those few quids you actually get to have some. I’m sorry, is that the awesome train arriving at the station? Yes I believe it is! All aboard! The same goes for Studio McVey, or even the guys at Membraine Studios producing Exodus Wars. A big slice of awesome is your reward for helping them. Not to mention the ego boost and the sense of well deserved smugness. 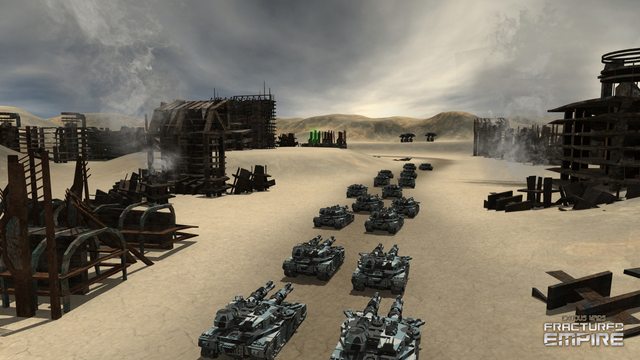 There is no shortage of worthy causes. The following companies have campaigns running. I’m sure there are plenty more so feel free to leave a comment letting me know what they are and, providing they’re wargaming related I’ll add them in. But take a look and should the mood take you; donate to the cause. If I have some spare money next month, once I’ve paid for the wife’s birthday, I too shall be donating.