Whilst on Twitter the other day I spotted a couple of photos being put up by a good loyal #warmonger – Jamie aka @DrakePoldragon – of his Samurai Grey Knights. So struck was I by their look and all round awesomeness that I asked Jamie to write a guest post about them.

Phil has kindly asked me to write a little bit about how I’ve been going about building my ‘Giant Samurai Gery Knights’. They’ve been a fantastic learning experience for me, already as I work my way through Marine three I am much more confident and capable with Green Stuff. With only 14 more to go for the complete force I had better learn quickly if I want the HQ to look good. 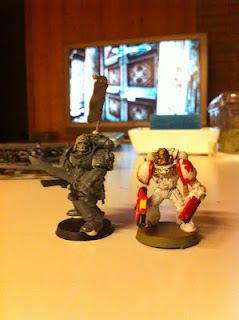 Inspiration for the army came from a series of sources in a short period of time. First I saw Kromlech Cyber Samurai kits, but these were not enough on their own. I then found an Armorcast mould in my local hobby shop and realised that combined I could make some awesome Samurai Marines. This was followed by some searching online for a method to make them as awesome as I could. I found the Master of the Forge tutorial on Artscale Marines

To create my version of these I got a box of the Terminators and a box of the Strike Squad and did a little adjusting to my Armorcast mould. This allowed me to create two separate plates of armour from each piece. It was also invaluable to get hold of a set of decent silicone tipped sculpting tools. 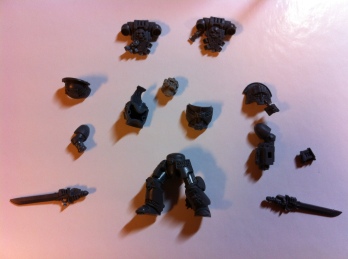 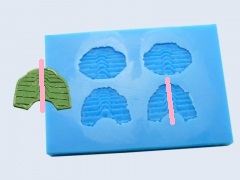 This is what is needed for each Grey Knight, plus Greenstuff and Plasticard

Each section is built up and sculpted too in separate pieces. First the legs and then torso built on to that, the arms and backpack are bulked up first and then attached. The Kromlech helmet I add last to create a sense of direction to the figure and bases will be made separately. 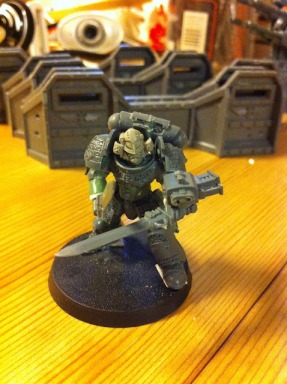 Whilst I haven’t completely decided how I will be painting them I have base coated the first one so as to see how it will turn out and I’m very pleased.  Here is Grey Knight 1 standing over his Bonsai tree. 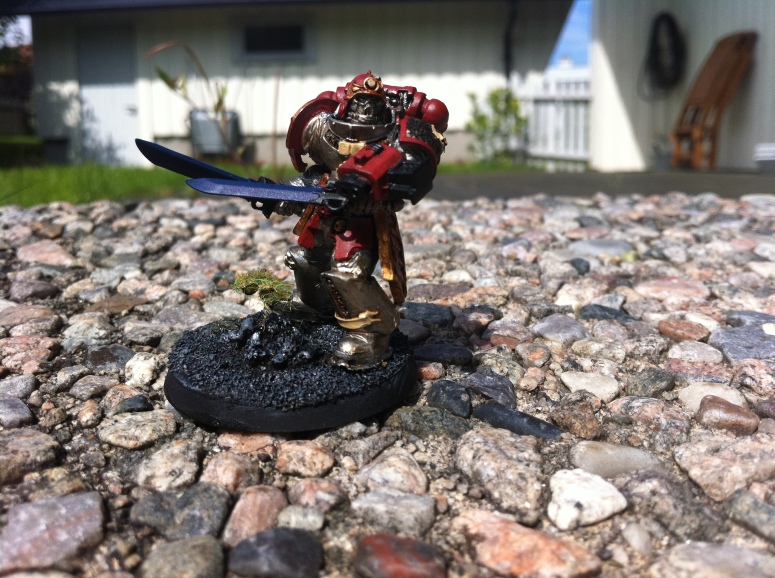 As I make further progress I’ll be recording it on my own blog http://inquisitordrake.blogspot.no/ alongside some discussions of my army list and how I will be using these all as Terminators and enhancing the ‘Scaled up Marine’ idea. Feel free to ask any questions or make suggestions, this has been a great leap forward in my hobby skills already.