I don’t know. I say nothing about Spartan Games for months and now they’re practically all I talk about. Well, not really but still.

The Ryushi are on their way and my goodness me they look a little bit lovely. They’re a Kurak Alliance fleet so most likely what you see is all you’ll get but they’ll make an extremely pretty addition to most fleets. Like mine… 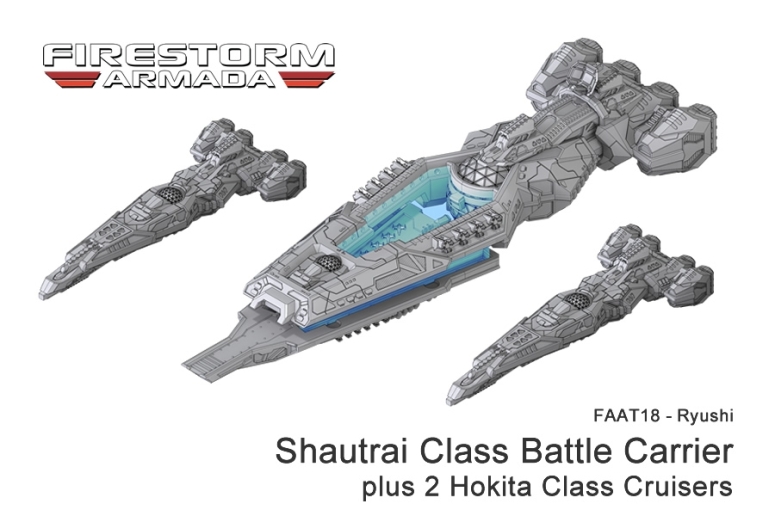 The prices of Spartan’s stuff is starting to creep up a bit. To get both sets it’ll set you back £75 which isn’t cheap. Off puttingly so I’d say. But either way, they’re released on August 21st and below is some fluff from the site.

Ryushi military doctrine focuses on large, durable craft; combining unequalled defensive technology with powerful weapons systems. Huge versatility is offered by their heavily armed Onnisha Carriers, whose Flights can swiftly be tailored to offensive or defensive situations and kept operating at full capacity by highly trained deck crews. Torpedoes and enemy craft are swatted aside by matchless point defence systems, whilst the Carrier’s heavy-grade primary weapons and guided torpedoes tackle the toughest of long-range targets. The Ryushi are one of the more prominent members of the Kurak Alliance.