Okay, so Phil has already posted a few reviews for his Khorne(y) army so it’s time I caught up.  I thought I’d start with a kit that can only be described as the ‘ol’ reliable’ of the Empire list. The nemesis of mighty heroes, the scourge of terrifying beasties, a model where the line ‘why not take three’ is not a joke but a serious consideration. Found in almost every Empire army to grace a battlefield, I am, of course, talking about the Empire Great Cannon and Mortar kit.

When going up against Elite armies full of high toughness close combat monsters (which I am), you wouldn’t want to leave the safety of your city walls without at least a couple of Cannon’s up your sleeve depending on your points limit. Their mere presence is enough to alter an opponent’s list before it’s even taken to the field – and will sure as hell affect his deployment.  It’s a terror weapon in its own right, holding sway over other units bearing the same moniker and able to recoup it points in a single shot. 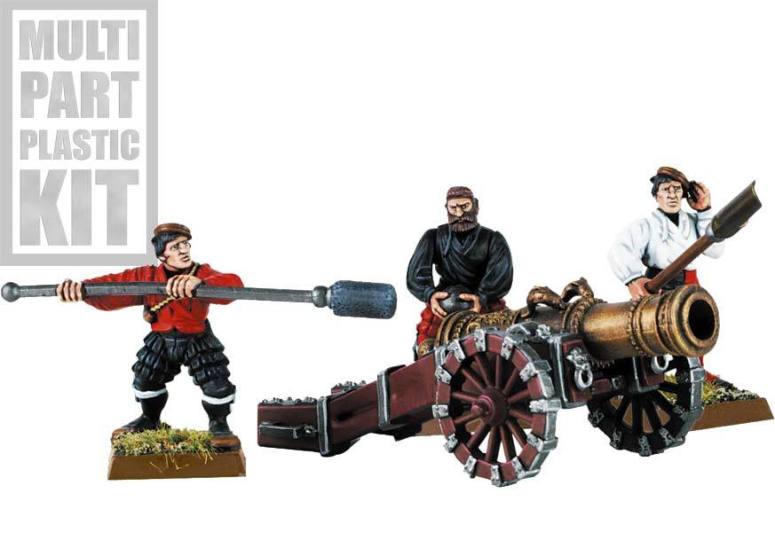 The Cannon has increased in point value in the latest iteration of the Empire Army Book, coming in at a considerable 120 points.  A bargain I hear you cry – it can kill a dragon in one shot.  And you’d be right.  But at the same time you’d be wrong.  Although there are many more beasties flying and stomping their way around the Warhammer World for it to shoot at it now (probably the reason for the point increase), there are also many more ways to take them out quite quickly. Even before they’ve fired a shot (flying units are really good at this).

When you add in the changes to the way grape shot works (you have to roll to hit which sucks for Empire), the 100 points was probably about right in the first place. It was still a sizeable enough investment that had the potential to do some real damage, but not too much of a loss when it quickly gets taken out. It’s still a must have as a Cannon is the Empire’s only real sure fire method of dealing with the truly mighty units out there, but simply punishes the rest of army instead with less points to go around. When you factor in the point increases across the core section of the Empire list, the reduction in units on the board is a very serious bone of contention.

The Mortar also received a hefty increase to 100 points up from 75 points.  Now a change was definitely needed here as the changes in 8th edition meant that the removal of partial hits made this quite an overpowered unit – even against high toughness armies as the sheer number of dice you were rolling still made for a significant impact.

The problem though is that the Mortar was also penalised with a strength reduction to a frankly pathetic 2. This has made it almost useless against most armies – unable to beat high toughness and unable to recoup its points against cheap hordes, elves are probably the only realistic opponents for its use against.  An even higher point increase would probably have been sufficient to keep it a viable option while making sure you paid for its destructive potential – I don’t think you would have had too many complaints for even doubling its point value if it stayed at Strength 3.

The kit itself has been around for some considerable time now and is now showing its age, but it it goes together well and the kit performs its role without any fuss and between the detail on the barrel and  provided you give it a decent paint job, it still holds its own amongst the newer, shinier, kits.

If I think about it, the fact it hasn’t had an update has kept it, in some ways, pure and untainted by the slightly over the top fantasy element that’s currently pervading. I’m unsure how it would even be changed if it did receive a new design, but I’m guessing it would involve a large skull somewhere. The actual war machine itself isn’t actually the problem when it comes to the age of the kit, it’s the crew. But this can be quite simple to fix as all the spare parts you accumulate from the other kits you’ll no doubt have purchased can all go into breathing new life into them, giving each war machine crew in your army a slightly different twist to its character.

Ultimately, whatever your thoughts on the kit itself, it’s essential.  You need it. And you can bank on Phil facing at least one Cannon whatever size force we’re playing with. [Oh goody. Ed.]

The Empire Great Cannon and Mortar kit is available from Firestorm Games priced £13.95.