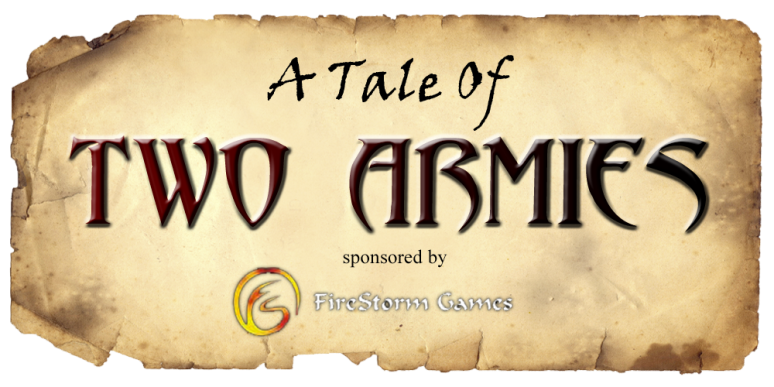 And finally, the last unit from the Empire Battalion box – the Hand Gunners/Crossbowmen.

I find few units more synonymous with the Empire than the humble Handgunner.   Physically weak, but armed with a technologically superior weapon with which to keep their enemies at arm’s reach, or in a bloody heap on the floor, lest they coming into contact with the enemy and meet a gruesome yet inevitable death. I couldn’t envisage an Empire army without at least one unit for them.

Looking at the Handgunner frames, they were good.  Really good.  They followed a similar format to the state troopers with the all in one body and legs and multiple arm options, but the extra parts is where they have the edge.  All the marksmen weapons are included with a myriad of pistols, rifles and rotary guns present.  Who’s needs an Engineer when you got all these?  Generally, the command group parts are far superior to that of the state troopers too (and knights) and you’ll really want to buy the two kits in tandem as the amount of swapping between them will be significant – but it all results in better looking units.  Throw in some other bits and pieces, like a powder monkey, and it all adds up to a great kit worth the cash.

Unfortunately The Cruddace has struck again and taken all those cool bits of equipment for the Handgunners over pointed them all so you will probably never end up taking them in your armies.  A Repeater Hand Gun seems a snip at 10 points, but when you consider it would cost you 29 points for a marksmen equipped with one, you can get three standard Hand Gunners for only 27 points – all hitting on the same roll to hit (-1 to hit for multiple shots) and with same number of shots, there really is no point taking one.  The Long Rifle is a bit more useful as the ability to snipe characters and command models can tip the scales in close call combat.  But at a whopping 20 points and only likely to cause a wound every 5 or 6 shots means they’re a bit of a gamble for the same points as a decent magic item.

Like the State Troopers, opinion is divided between taking Hand Gunners or Crossbowmen.  Most seem to prefer the extra 6” range of the Crossbow’s, but the extra -1 armour save is not so easily discarded.  As always, the type of opponent faced will decide and I opted for Hand Gunners in the end, thinking the armour-piercing would enable them to drop a Chaos Knight or two before they got trampled to death.  But my choice of target has highlighted an underlying problem, they’re role has been marginalised even further by their increased points cost from 8 to 9 points per model.

With a small unit of 10 Handgunners costing 90 points and only likely to take down one Chaos Warrior per turn, their chances of paying for themselves are very small – hence why using them against more expensive models is necessary as they just won’t do enough damage against anything else.  If you were fortunate enough to have a hill in your deployment zone with which to perch them where they can stay relatively safe then they could do some real damage over the course of a game.

The longer range of the crossbow’s being better suited to this as they’ll most likely be deploying back from the line.  But if forced to take up a position on the line, most probably as a detachment, they’re days really are numbered short and will more likely gift victory points to your opponent than win you any in return.  On the flip side, an opponent cannot afford to ignore them as if left unmolested their Strength 4 shots will take their toll, particularly once the range has closed.  Careful positioning can be used to drag dangerous units out of the fight for a couple of turns and it is in doing this they can be very valuable to your army.

Overall, Handgunners and Crossbowmen still have a part to play in your Empire armies but it is now quite different from that of the gun line they used to form.  I’ll leave it to you to decide if this change is for the better or worse, but the kit itself cannot be faulted and is not bad value at all when compared with the State Troopers.

The Empire Handgunners/Crossbowmen kit is available from Firestorm Games priced £13.95.