Many will know that we like a bit of Star Wars at Shell Case towers. Many will also know that we’re a bit mental for the X-Wing Miniatures Game as well. Because it combines two of the greatest things known to man: wargaming and Star Wars.

Having acquired some sizeable fleets Mat and I had both outgrown our home-made figure cases – I especially as the Falcon is massive. So we got in touch with our friends at KR Multicase to see if we could take a look at the X-Wing custom cut foam range they have available. Happy to oblige us, we got to take a look at foam cut for both Rebel and Imperial heavy forces. 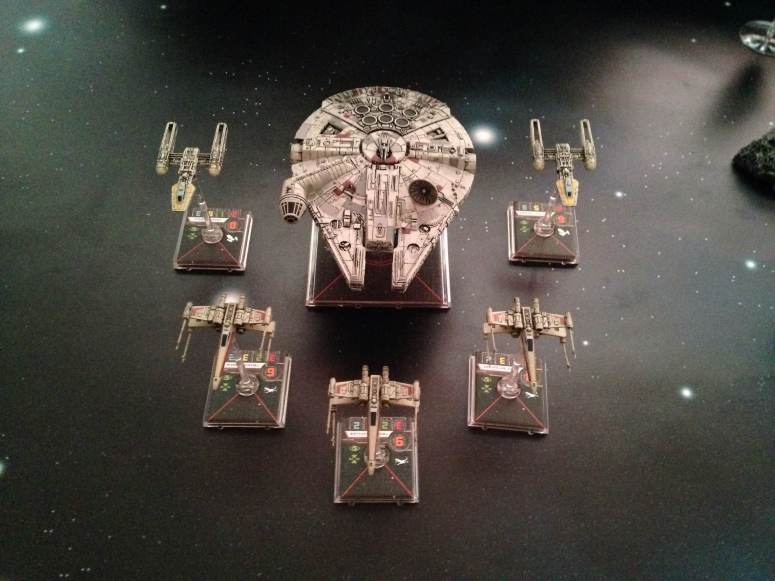 I’ve been using KR cases for a couple of years now and I can’t rate them high enough. I only have two Games Workshop cases remaining and that’s purely because they’re still fit for purpose and too badly battered for anyone to buy them off me…that and they’ve got Phil’s Ultramarines written on them in gold pen. What? Mat on the other hand is new to KR.

I mention this so as to emphasise the impartiality the review comes from.

Now I’ve always been dubious about custom cut foam. Not that it wasn’t up to snuff but because I use to have a lot of the aforementioned Games Workshop cases and so was use to cutting rectangular slots to fit anything and everything from cavalry to yhetees to tanks to winged daemons. So to have something that was done for me was both very satisfying and disconcerting all at the same time.

Mat and I had similar configurations with the deviation being he had capacity for a Lambda class shuttle and I didn’t. Which suited me fine. What I did have room for was the Falcon. Now, to cover off a common query quickly – why does the Imperial sponge have a slot for the Falcon? Because the Rebel players don’t have exclusive ownership rights. Imperial players can use it as just a YT-1300 transport for scenarios or, if you’re feeling cheeky a small games with the Imperials versus the Falcon. What’s not to love?

What sets the foam apart from regular cases or even regular custom cut foam is that it offers a complete game storage solution. There’s a variety of compartments for your manoeuvre wheels, cards, counters and turn templates. Other than the former and the latter it’s not abundantly clear what each compartment is for. Whilst not a major problem because I was able to figure out homes for everything, it would have been nice to have a sheet pointing out what is what.

The important aspect is, of course, the fit for the models. KR very cleverly designed a system that would allow you to house just about every fighter configuration in the game which is pretty clever. Better still it was designed so the models would be on their flight stands. This may seem at odds with the experiences of anyone with a Battlefleet Gothic fleet but it does, quite amazingly work. Through in homes for larger ships, the larger flight stands, and everything else and what you have is an incredibly useful miniature storage system. 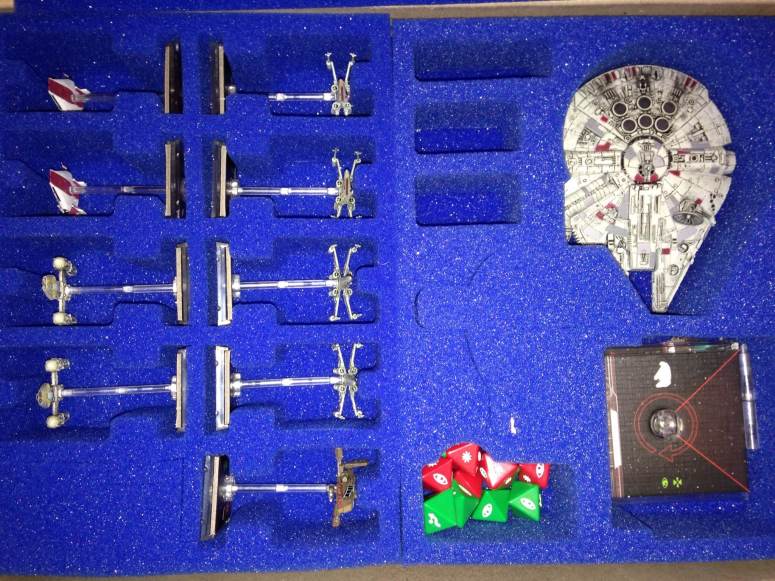 There are niggles though. Aside from not knowing where everything’s supposed to go – apart from the obvious – the storage for the turn dials isn’t sufficient for the number of models the case can carry. I’ve filled mine and I’ve got two dials spare. And that’s only 10 models. The compartment for the upgrade cards whilst is deep enough, doesn’t take into account the piles of cards the larger ships, like the Rebel Transport, come with so that’ll quickly fill up as well.

This isn’t the end of the world as you can find homes for them elsewhere in the case but it does slightly defeat the purpose of custom fit foam. However it’s worth noting that this was a foam bundle and KR does off you the freedom to mix and match the trays however you like. The important thing is that it performs its intended function incredibly well and Mat and I are extremely pleased with the cases. They keep the models safe and all the counters, templates and cards stay where you leave them. What more could one ask from figure cases? 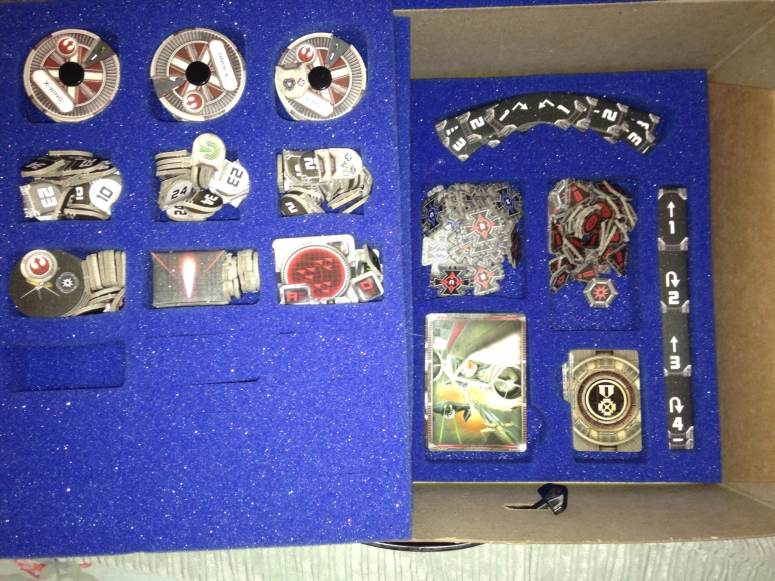 The foam is flexible yet supportive where the ships are concerned yet it does an excellent job of keeping all the (many) bits of cardboard in one place. I can’t stress how important that is to anyone not familiar with the game. There’s quite a lot of cardboard. But the bottom line is this: it keeps my very expensive models in perfect condition which allows me to transport and game with them without fear of them arriving smashed into tiny pre-painted fragments. And that’s an extremely good thing.

The X-Wing foam and carry cases are available from KR Multicase priced at £32.99.