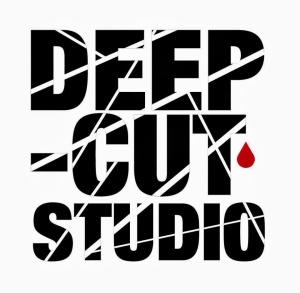 You may remember a little while ago I took a look at the Ice Planet battle mat from Gale Force 9 for use with the X-Wing Miniatures Game. I came across Deep-Cut Studio and their wide range of game mats not just for X-Wing but a wide range of tabletop and RPG systems as well.

I got my hands on the Deep Space mat, again for use with X-Wing with the idea of making a direct comparison against the GF9 product.

The Gale Force 9 mat had converted me to game mats. They’re a great all in one solution for those that lack the time or the skill to create something similar. The best news about the Deep-Cut Studio mats is that they’re available in sizes between 3×3 and 6×4 which is fantastic. This means games of all stripes can get an awesome looking gaming mat for not lots of money.

And awesome is the word. My first impressions were that it’s really very pretty. Whereas the GF9 mat felt photoshopped, albeit still looking pretty cool, the Deep Space mat from Deep-Cut was more like looking at something taken with the Hubble Telescope. It’s incredibly good-looking to the point it’s almost a shame to put models on it. And that makes it completely beautiful. The richness of colour is very impressive. The standard of print is exceptional. Whereas the GF9 mat felt slight over saturated with ink, Deep-Cut’s feels like a press quality item. Which is what you want for something you’re paying cashy money for.

It’s thinner than the GF9 mat which means it rolls out easier but takes a fair bit longer for the ends to settle flat but it’s not a massive deal. Just give yourself a few extra minutes when you unroll it. And because the PVC seems to take the ink better there’s no signs of wear or rubbing which was my big peeve. The thinness does make rolling it back up a bit of a faff because it lacks the rigidity to tapped into a tidy roll but again, it’s not a big deal but extra care is needed.

But going back to the look of the mat, it’s just a joy to play across. The models look fantastic and thanks to the sizes available it means Gothic players get to enjoy gorgeous playing spaces as well. And this makes me extremely happy. It doesn’t mean I’m going to spontaneously start painting my Gothic fleet but it’s nice to know the grey plastic will have a good-looking backdrop.

Come on! Look at it! It’s just epic. And it makes anything you put on there look epic. And considering what I put on there are Star Wars ships which are, by definition, epic; there’s a shit tonne of epicness in that photo.

The battle mat from Deep-Cut Studio is an excellent product. It looks fantastic, it’s produced to a high standard and the 3×3″ mat I got is cheaper than the GF9 version and I know which I prefer. I’m really keen to see what some of the other mats look like, particularly other space mats and ones that could be used for Bolt Action.

The mats are available direct from Deep-Cut Studio priced £22.90.