The other day I posted a teaser trailer of an upcoming Horus Heresy novel (finally) about the White Scars. I speculated that it would be limited edition and, of course, it is. But on the upside they’re making it available for a week (21st – 28th September) rather than a limited run that sells out in a day. On the downside it’ll still cost you £40 including shipping. Below is a synopsis, some shiny images and an extract for you…

As word of Horus’s treachery spreads across the galaxy and with fully half of the Legiones Astartes turning their backs on the Emperor, Terra looks to the remaining loyalist Space Marines to defend the Imperium. One group, however, remain curiously silent in spite of efforts from both sides to contact them – the noble Vth Legion, Jaghatai Khan’s fearsome White Scars. In the ork-held territory of Chondax, a bitter war has been raging since the Triumph at Ullanor, and only now do the sons of Chogoris return their gaze to the heavens… 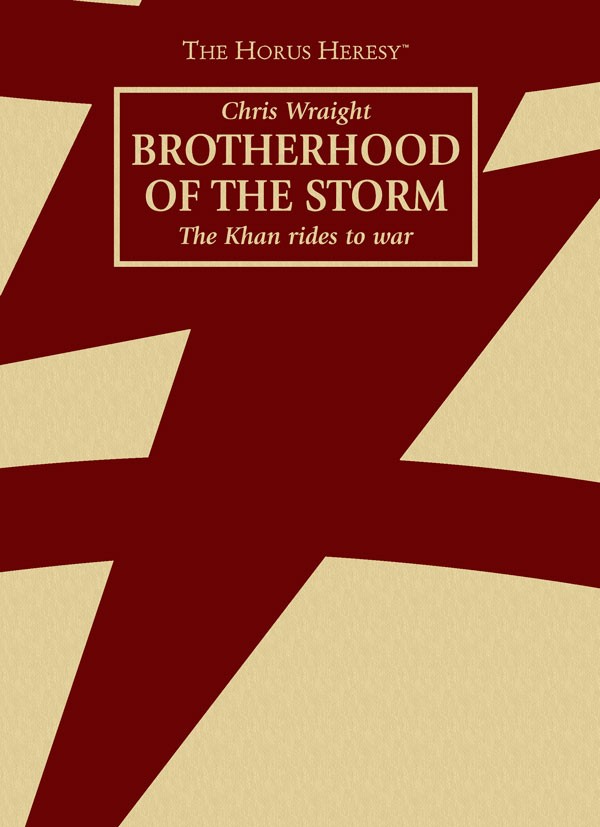 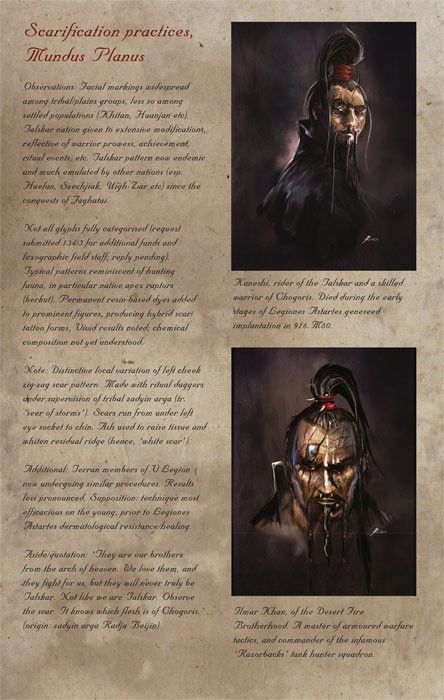 I liked Chondax. The planet that had given its name to the whole stellar cluster suited our style of war, unlike magma-crusted
Phemus or jungle-choked Epihelikon. It had big, high skies, unbroken by cloud and pale green like rejke grass. We burned across
it in waves, up from the southern landing sites and out into the equatorial zone. Unlike any world I had known then or have known
since, it never changed – just a wasteland of white earth in every direction, glistening under the soft light of three distant suns. You
could push your hand into that earth and it would break open, crystalline like salt.
Nothing grew on Chondax. We lifted supplies down from orbit in bulk landers. When they were gone, when we were gone again,
the earth closed over the scorch-marks, smoothing them white.
It healed itself. Our presence there was light – we hunted, we killed, and then nothing remained. Even the prey – the greenskins,
which we call the hain, others the ork, or kine, or krork – failed to leave a mark. We had no idea how they supplied themselves. We
had destroyed the last of their crude space-vessels months earlier, stranding them on the surface. Every time we cleared them out of
their squalid nests, torching them and turning the earth to glass, the white dust came back.
I once led a squadron a long way south, covering three hundred kilometres before each major sunset, back to where we had fought
them in a brutal melee that had lasted seven days and stained the ground black with blood and carbon.
Nothing remained as we passed over the site, nothing but white.
I checked my armour’s locators. Jochi did not believe me; he said we had gone wrong. He was grinning, disappointed to find nothing, hoping some of them might have survived and holed up again, ready for another fight.
I knew we were in the right place. I saw then that we were on a world that could not be harmed, a world that shrugged off our
bloodstains and our fury and made itself whole when we passed on.
That observation was the root of my liking for Chondax. I explained it to my brothers later as we sat under the stars, warming
our hands indulgently by firelight like our fathers had done on Chogoris. They agreed that Chondax was a good world, a world on
which good warfare could be conducted.
Jochi smiled tolerantly as I spoke, and Batu shook his scarred head, but I did not mind that. My brothers knew they had a poetical
character for a khan, but such things were not disdained by Chogorians as I had been told they were in other Legions.
Yesugei once told me that only poets could be true warriors. I did not know what he meant by that then. He might have been referring to me particularly or he might not; one does not ask a zadyin arga to explain himself.
But I knew that when we were gone, our souls made hot and pure by killing, Chondax would not remember us. The fire we warmed
ourselves by, its fuel brought down by lifter like everything else, which in the old fashion we would not extinguish with water nor
kick over when dawn came, would leave no stain.
I found that reassuring.

About fucking time Black Library! That’s right ladies and germs, the White Scars are FINALLY (yes it does warrant capitals, bold, underlined and italics) getting a Horus Heresy novel. And here’s the pap teaser trailer to prove it…

I rather suspect it’ll be a limited edition release which will suck balls but what you gonna do? Apart from buy it. And dribble a little bit.