Over on Kickstarter, Maki Games have put up some new renders of their scenery sets. If they don’t make you go all funny in your hobby spot then you’re just not having enough fun with your hobby.
There’s about 56 hours to go (at time of posting) so if you fancy helping them hit the £60k mark then click here. 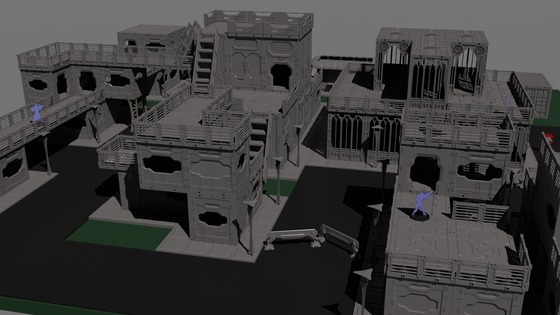 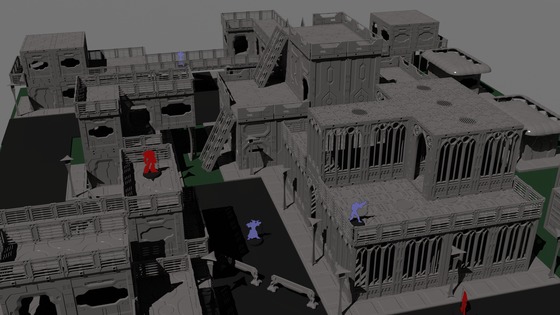 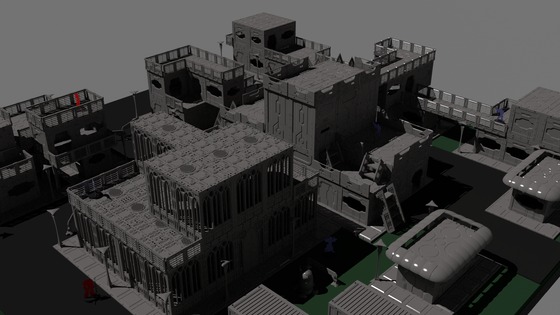 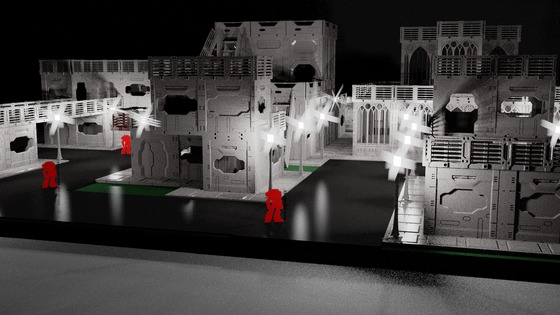 Yesterday I put up a post talking about the Maki Games kickstarter. A modular scenery system that, frankly, looks freaking awesome. In fact I was so impressed I got in touch with them and ended up doing an interview with the man behind the vision; Emiliano. 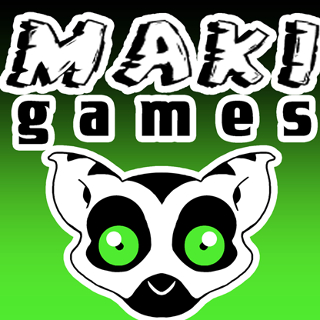 TSC: Emiliano, thank you so much for taking time out to speak with me. For the uninitiated who are Maki Games and what are they all about?

MG: Maki Games is a startup company with a simple idea in mind: to improve the quality of wargaming. This means not only better accessories and terrain elements to expand the ones already available in the market but also innovative gaming paradigms for some projects that are in development. I work in the sciences as a researcher but wargaming has been a hobby for several years. So I decided to combine my skills with my hobby to create something new.

TSC: Science driven wargaming? Love it. The Maki Games terrain system is multipart and modular but what sets it apart from the other terrain systems out there?

MG: The aim of our terrain system is to be modular, for real. Not just modular in the sense that each building can be combined with other buildings from our line, but modular in itself.

Each terrain element has the potential to be assembled in several ways and to be combined with all the other terrain elements, like Lego but far more detailed! Since it won’t need glue it will be possible to assemble it every time in a different way, allowing to have a different battlefield each game. We stretched this concept as far as making double faced terrain. Instead of building elements with details on only one side, as often happens, the double side allows the same terrain element to be assembled as two totally different buildings.

Wargaming is so much more than just playing a game with friends. Wargaming leaves space for creativity and we want to provide our customers with the most flexible product seen so far. Something they can build and rebuild each time they play.

TSC: That sounds incredible. Tell us a little bit about you and your background in wargaming.

MG: The entire team is made up of wargamers, except for our engineer who just started. Personally I have been involved in wargaming for more than 20 years. I used to play Warhammer 40k and participated in several national tournaments in Italy. For a couple of years I managed a gaming club and organized a Qualifier Tournament for Games Workshop in 2000. Then I moved to other games like Warmachine and Infinity, but I play several different wargames and RPGs. In the past 10 years I slowly drifted to collecting rare and painted miniatures. Now I have a decent collection.

My co-founder is a wargamer too. If I recall correctly he won a few national tournaments of Warhammer Fantasy and has been in the wargaming scene for even longer than me.

TSC: There’s some strong credentials there. What prompted you to take the business on to Kickstarter?

TSC: It’s certainly worked for you guys which is great. With so many companies producing scenery from resin and, more recently, laser-cut MDF, what prompted you to use hard plastics?

MG: As one of the co-founders of Maki Games I think state of the art technology allows for far better scenery elements than the currently available ones. I personally love resin for its detail but I hate working with it as a modeller. We wanted something easy to assemble, easy to convert and very very detailed. I personally converted miniatures in metal, resin and plastic and I have to say plastic is the best. You can do so many different things with it and the effort required to achieve a great result is minimal compared to the other materials.

Plastic scenery will be lighter than their MDF and resin counter parts. The possibility of unassembling them will optimize the space to store them. All considered, except for the high costs to make the moulds, plastic is much better. It is not a case that all the companies are slowly moving to plastic for their miniatures.

TSC: You’re right about resin. Nasty stuff. So, what were some of the challenges you faced in developing your terrain system?

MG: Many different challenges. Building a team of developers able to work efficiently was the first challenge. It sounds easy before you actually start working under pressure, but trust me if I say it is probably the most difficult part of the whole project. Creating a modular system is much more complex than just doing one building at a time. We had to make sure parts from different terrain could be modular with each other. This is a very time-consuming process. I have a background in science and I can tell it is a complex problem needing both global and local optimization steps. Luckily it is not as complex as the problems I currently facing in my scientific research.

TSC: Sounds like you get to grips with it very well. Something so many have tripped on in the past. Your kickstarter is already a success with the project being funded almost twice over. What will the extra funds allow you to do?

MG: The extra funds will allow us to produce several terrain elements at the same time. Without the kickstarter we would have started with one product and we’d have to wait for that product to sell before releasing the next. Now we can market several ones simultaneously. This clearly helps us to increase the quality and quantity of the current and future products.

TSC: It’s great that the kickstarter will make such a difference. I was really impressed with the three sets that will be available, offering something for pretty much all modern and sci-fi gamers. How did you settle on those designs?

MG: As I said I collect basically all the most popular games and as a collector of painted miniatures from world famous painters I developed a taste for quality. We had several different sketches and 3D models for each terrain element. We usually discuss internally the pros and cons of each element until we reach an agreement. For some designs, like the sci-fi elements, I had the final word in order to have something closer to my own vision of the line. For the Gothic theme we relied more on my co-founder who has more experience with that.

TSC: What would you like to do next with Maki Games? Would fantasy scenery be on the cards or would you look to expand on the existing range?

MG: First of all we want to deliver the rewards of this Kickstarter as soon as possible, so we will focus on this for the coming months. After that we have a couple of kickstarters in line and at least one of them won’t be sci-fi.

TSC: Nice. Finally, what one piece of terrain would you love to take a pop at creating if given the chance?

MG: Oh, so many…but having to choose one, I would say an add-on to expand our sci-fi terrain into a city like those described by Philip K. Dick in Blade Runner. By the way…I have plans for that one too!

TSC: That sounds incredible. Might have to get me one of those. Emiliano it’s been a huge pleasure. Good luck with the kickstarter and Maki Games as a whole.

If you want to pledge on the Maki Games kickstarter page it has 13 days left. It’s a fantastic looking enterprise and one that could really shake up gaming boards everywhere.

I have very mixed feelings about Kicksarter, Indiegogo and crowd funding in general. Mantic and other established companies have been using it as a pre-order system and a cash camel for a while now which is choking off funding for other smaller companies and start-ups that deserve the money but get overshadowed by a ‘sure thing’.

However, there are a few kickstarters that do get noticed and do get the funding they deserve. One such endeavour is Maki Games and their modular scenery kickstarter.

Quite frankly, this stuff looks the absolute, gold-plated, diamond encrusted, tits. Aside from being staggeringly flexible using pinned panels, it looks utterly fantastic. 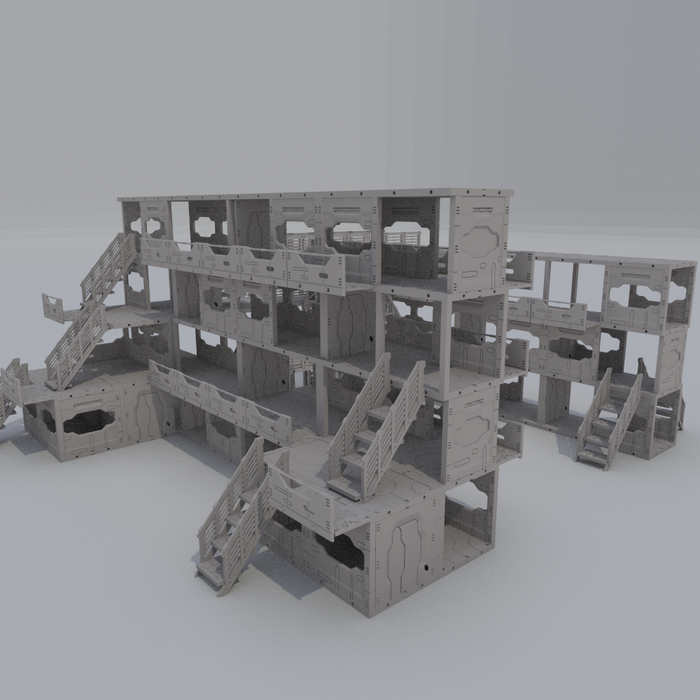 And I suspect, because it’s build using pinned/pegged plates, you don’t need to glue it which means you can sling it all in a shoe box at the end of the game. Of course it remains to be seen how durable those pins are and how easy they really are to store once they’re painted, but that’s what reviews are for. Impressions are that this stuff could be utterly awesome.

The really cool thing is that three distinct styles are available whilst still being cross compatible. So, if you’re feeling cheeky, you could even build a structure with changing design aesthetic to represent the building’s expansion over time. This is, of course, way cool.

It’s a remarkably well-timed move on Maki’s part as Spartan have just released their staggeringly expensive HDF range (with no match 28mm models) and Mantic’s Deadzone game has a modular terrain system that appears to be entirely more fiddly and flimsy. To be honest the Maki range seems a far more impressive and diverse option.

If you haven’t taken a look at their kickstarter page I strongly urge you to do so. It has already been successfully funded but I genuinely feel that Maki brings something original to the wargaming world and so deserves as much support as the community can give it.

They have just 14 days left to raise some extra dosh so, bip over to their page, take a look at the awesome scenery, wipe the dribble from your chin and then pledge your support.