Along long time ago a massive media company known for an animated mouse bought one of the most successful intellectual properties in history.

When Disney bought Lucasfilm for, quite literally, huge piles of cash there were a lot of very nervous fans. It didn’t matter that their purchase of Marvel a couple of years before had proved that they could be respectful of fans and intellectual property alike, it was a huge deal.

Shortly after the purchase they announced an aggressive schedule of new movies, effectively giving Star Wars the Marvel Cinematic Universe treatment. A new movie, every year, for the foreseeable future.

Fans, this one included, were apprehensive when Episode VII was announced. It needed to be brilliant. It needed to right so many wrongs. It needed…not to be shit.

For the most part, our prayers were answered. It was not shit. The new cast had a great chemistry in their own right and gelled brilliantly with characters of old.

But even before Episode VII was out, Rogue One was announced. A stand alone movie set between Episode’s III and IV.

As time wore on my scepticism gave way to delight. Historically Star Wars has always been a trilogy kind of franchise. Even the books tended to work in threes and the stand alone’s tended to be the weaker offerings.

However, as the first trailers began to drop I felt a new hope (geddit). Rogue One looked like an original Star Wars movie and had a plot that nestled it up against Episode IV rather than Episode III which immediately made me like it more.

For those that don’t know, Rogue One follows the exploits of a small Rebel band tasked with getting their hands on the Death Star plans in the hope of destroying it. Anyone that’s seen Episode IV will know how this pans out.

The movie focuses on Jyn Erso, daughter of the man behind the Death Star and reluctant hero played by the extraordinarily talented Felicity Jones. 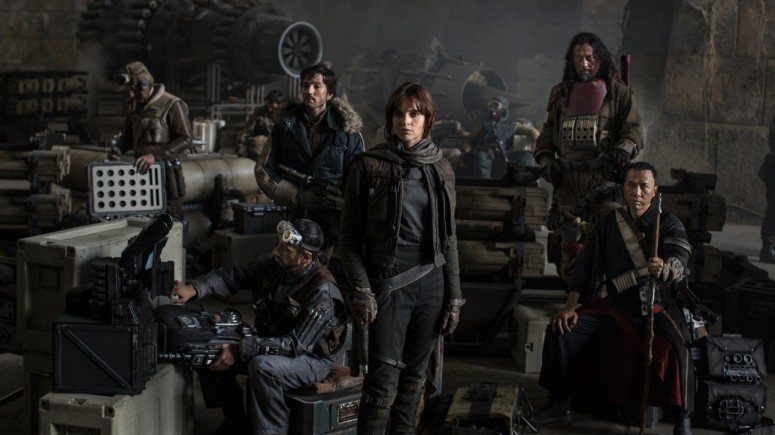 Unlike those around her, Jyn is not a solider. She’s a tear away with a traumatic past that keeps her awake at night. Much like Luke Skywalker and Rey, destiny (or the Force) chooses her to change the galaxy.

Whilst a female protagonist is becoming increasingly common I feel Jones’ efforts were a cut above. Jyn Erso as a character is so wonderfully flawed and vulnerable yet she’s strong and resolute. She’s incredibly brave and utterly determined not to give into fear and loss.

As a character she rises to every challenge despite her fear not because of it and whilst she’s opposite the Rebel intelligence officer, Captain Cassian Andor (Diego Luna), at no point does she rely on his big manly manliness.

In a nice contrast to most movies, he plays the conscience and the voice in her ear not to give up rather than the other way around.

Jones’ performance is captivating and enhanced by Alan Tudyk’s utterly brilliant delivery of K-2SO. A former Imperial strategy droid, it provides a delightfully matter of fact counter-point to Erso’s dogged determination without the camp contrariness of a 3PO clone.

K-2 is cynical, sarcastic, hilarious but steadfast and loyal, a natural complement to Erso’s reluctant and wounded hero. And he’s awesome. He gets some of the best scenes so between the three lead characters, the chemistry that exists is a joy to watch.

Plus anyone who knows and loves Laputa (Castle in the Sky) will enjoy the nod to the design athetic of the robot protectors.

The film is orgiastically pretty. Whereas Episode I had special and visual effects thrown at the screen in an unwitting attempt to conceal the weak plot and terrible acting, Rogue One’s slice of the Star Wars universe is almost incidental. It enhances something that is already brilliantly executed.

Rogue One is epic yet personal. It’s a classic Star Wars tale of a small band of individuals becoming something greater than the sum of its parts. The formula is very similar to that of Episode IV. Which is no bad thing.

Each character hints at a life lived in the shadow of the Empire and it communicates how quickly society has decayed in the 20 years since the events of Episode III. The speed at which all evidence to the existence of the Jedi being one.Which is a really nice touch.

What’s really cool is the insight you get into the Rebellion. Episode IV conveys a merry band of liberals unified against the choking grip of an evil Empire. Rogue One hints at a far more fragmented structure, held together by a desperate few. Their tactics are dirty and distasteful and many of their soldiers are no better, if not worse, than the storm troopers they willingly hunt.

The engagements that go on in the film will have every hardcore Star Wars fan reaching for tissues because they’re fantastic. They have the gritty, brutality of recent sci-fi offerings like the new Star Trek movies and, of course, Episode VII.

Anyone who played any of the Star Wars video games over the last 20 years or read the books (particularly the X-Wing novels) will be struck by the fidelity of the action sequences.

Visually it all feels so right. So deliciously perfect. It’s the ultimate thank you present from Lucasfilm to the fans that hung on in there during the years of nothing then the disappointing prequels and all the inconsistent, rudderless bollocks that followed.

Every planet (including the beautifully realised Yavin 4) helps to communicate the story, the conflicts of the individuals and team, all the while exuding the grandeur of the Star Wars universe. It really is stunning.

Every single drop of love that could be crammed into the action scenes, both in space and on the various planets, was done so.

However (come on, you knew it was coming), for all of the love I felt watching X-Wings be awesome, I didn’t feel the story quite connected emotionally. And this is a bit of a problem because it’s meant to be a deeply emotional film. It’s about friendship, family, survival, defiance, victory, loss and sacrifice.

They’re all right there on the screen but cramming all of those highly nuanced themes and the orgasm inducing visuals means it doesn’t quite pull it off.

Maybe it’s because, as with any prequel, you know how the story plays out but I think it’s more to do with the pace with which the film moves, it lacks subtlty. It doesn’t give you the chance to be moved. To reflect on events as they unfold. Until the very end which can leave you feeling a little cold.

It’s all a little bit lost.

Speaking of lost, the Imperial presence in the film is so muted that the storm troopers and starships consistently out perform the villains.

Director Krennic (played by Ben Mendelsohn) comes off as little more than an egotistical child, who tantrums and stomps from one scene to another. Even the CGI Grand Moff Tarkin overshadows him.

Lord Vadar crops up but his scene is a fan pleaser and adds nothing to the plot. Even the performance lacked the slow grace and simmering menace of the original, he felt slightly wrong from start to finish.

Rogue One is a superb film It looks and feels like a Star Wars movie. In many ways more so than Episode VII. Everything just looks…right.

It is, of course, a genius mechanism to bridge the gap between Episode’s III & IV. It does an admirable job of dovetailing with Episode IV despite breaking part of the original movie (I’ll let you find it). References to the previous movies are so nicely done that fans will get a real kick out of it.

It’s a wonderful and deserving addition to the Star Wars canon that adds so much heart to an already rich universe that it is a shame it’s just a stand alone.

Criticisms aside, Rogue One has easily slipped into my top 3 Star Wars movies. It’s a very bold claim having only seen it the once but, honestly, it offers much of the same mix that makes The Empire Strikes Back the best of the bunch (shut up, yes it is!).

It’s not a perfect movie but then again neither are any of the Star Wars movies that preceded them. And that’s okay because what it is, is a proper Star Wars movie. And that is more than good enough.

Whilst I’m not terribly knowledgeable about Deadpool as a comic book character, I know he’s a complete mentalist. So this test footage for the film seems to fairly accurately hit the mark.

Warning it’s very sweary. Not that should bother you if you’re a regular visitor of this site but as trailers usually aren’t I thought it better to say.

Every now and then I stumble a across a film, TV show, book, game or even model that inspires me. That inspiration comes in many forms for many reasons. Most of the time it just makes me want to be a better writer. So for my 400th post (that came round fast) it seemed only right to share something that has inspired me today.

I stumbled across the trailer for Atlas Cloud quite by accident but I’m so glad I did because it not only looks incredible but I think blow peoples minds. I’m very excited about this film.

Not strictly wargaming related, but geek related, the Dredd trailer looks way cool so thought I’d share it. And you can bet your ass I’m going to see it and, of course, review it. 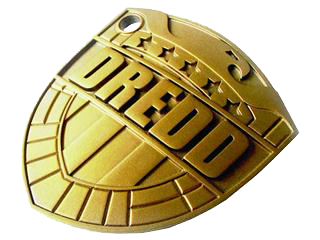