Tyranids are once again lumbering into view with a new codex, lots of old models re-boxed and marked up (two Carnifexes/Carnifi for £55) and a couple of new models to spice things up.

Sadly, the two big releases, the Harpy and the Haruspex have really failed to set my mind pin-wheeling which is a first for a while as regardless of price, I’ve really liked the majority of the new models Games Workshop have produced lately. The Harpy looks too small. Too short and fat and lacks the awesomeness of the Harridan or the sleek design of the winged Hive Tyrant.

Equally the Haruspex is just a hideous, messy, borderline cartoon sculpt that has no business being in a game that doesn’t contain the words Hero and Clix in it. And the stupid distended jaw kinda remind me of the dog from Despicable Me.

But I’m sure there will be some truly badass rules in the new Codex that will make either these models or the alternatives available to build in the kits an absolute essential purchase. Games Workshop aren’t stupid. Wankers, but not stupid.

The new Tyranid range is available to pre-order from Firestorm Games.

The new High Elves stuff is available to pre-order and looking at the proper photography it looks pretty nice. I love the Shadow Warriors and, I hate to admit, I actually like the silly eagle flying chariot of flyingness. Let’s just leave physics out of it when discussing a game that features Elves in the first place and enjoy the spectacle.

Indications are the High Elves will continue to have the lions spare of the stabbiest, strike firstiest special rules and we can fully expect some nasty magic to go with it. 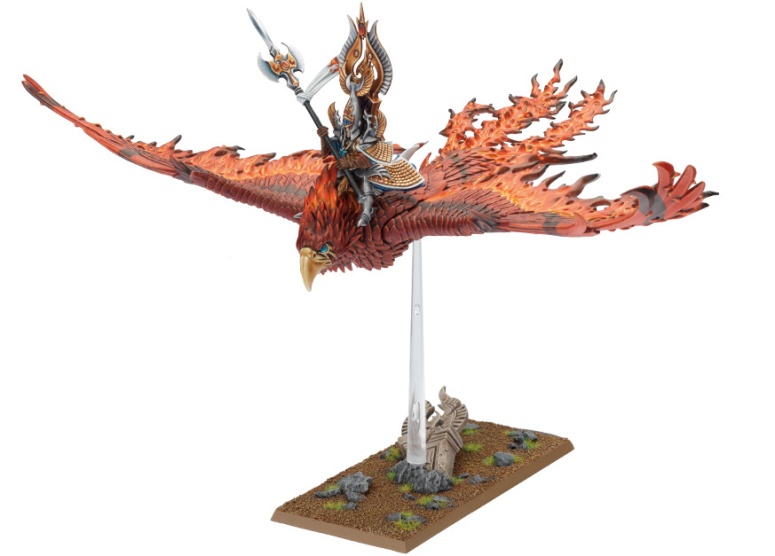 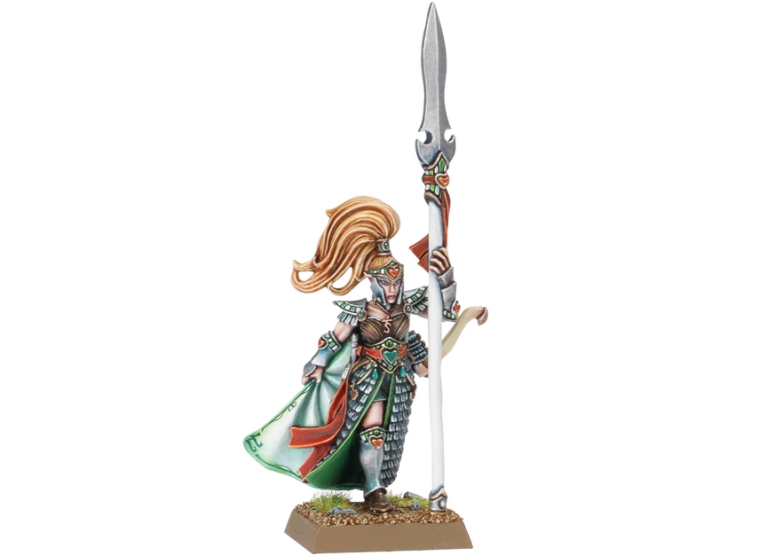 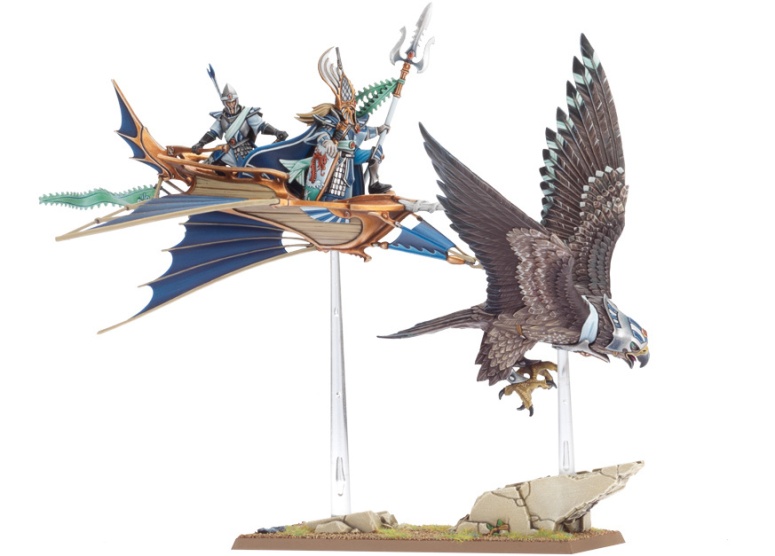 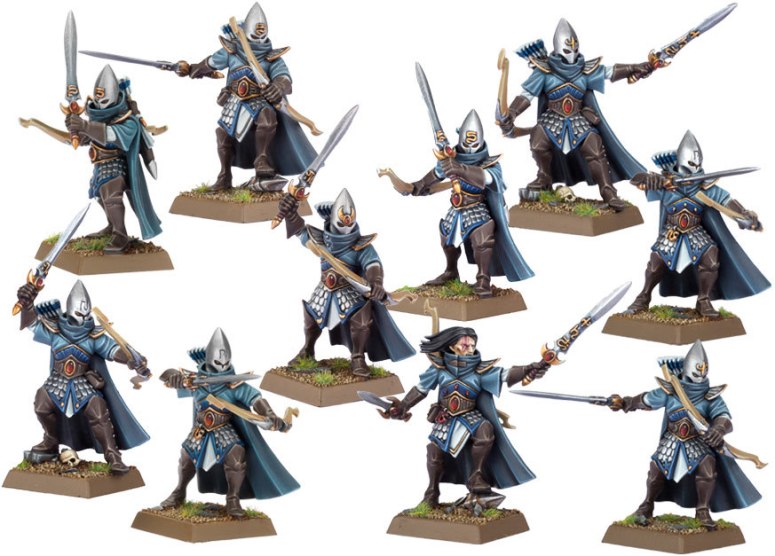 The rumour mill was alarmingly accurate on this one. That’s right even more Chaos releases, but this time of the Warhammer Fantasy variety. Not new units, just models of  units that hadn’t been released at launch. Hold on to your wallets.

Only those Chaos Knights who devote themselves utterly to the Lord of Slaughter and offer to him a mountain of skulls are destined to become Skullcrushers. They are completely without mercy and they leave only a trail of broken bodies and a river of spilt gore in their wake.

The Skullcrushers of Khorne are ferocious-looking, thick-set models. The Mark of Khorne is emblazoned across their tough armour, they’re festooned with chains and skulls, and they each carry immense lances. The Skullcrushers ride upon muscular Juggernaughts, each of which possess bladed crests and spiked collars. The creatures are encased in armour and display barbs, pistons, chains, blades as well as the symbol of Khorne. The kit features command options including a banner, musician and a champion, who holds a massive double-headed axe. 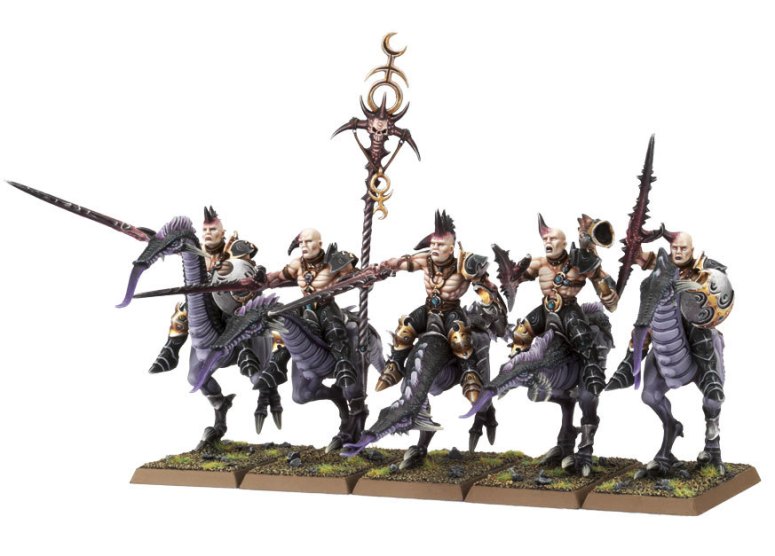 Hellstriders are devotees of torment who hunt from the back of impossibly swift daemonic steeds. They fight to inflict pain and despair, landing mortal blows upon their victims where they are most likely to prolong the agonising moment of death.

The Hellstriders of Slaanesh are muscular miniatures who ride atop Steeds of Slaanesh. They sport Classical-styled helmets, featuring plumes or curved blades, and also wear unusual angular armour covered in sigils. Each of them carries circular shields bearing the icon of Slaanesh and comes armed with enormous, whip-like, barb-ended hellscourges, while some of the Hellstriders even have spears fused to their arms. The kit comes with command options including a musician, champion and standard bearer who holds aloft a banner with a sculpted symbol of Slaanesh. The Steeds themselves are long, reptilian creatures with serpentine tongues, a variety of skin textures, thick claws and an elongated tail, and they stand in a variety of dynamic poses.

The prayers and sacrifices that are offered up from Warshrines are like sweet nectar to the otherworldly beings of the Realm of Chaos, and the air crackles with power around each shrine with the eye of the gods turns their way. The presence of these mobile altars empowers and emboldens the warriors that fight before them.

The Chaos Warshrine is a towering and baroque model. Two huge, lumbering creatures, one of which possesses two heads, hold the Warshrine above their shoulders. Rings of fat droop over loincloths, broken shackles and loose chains are attached to their wrists, and the Mark of Chaos appears as a scar upon their hide. The gilded carriage of the Warshrine is embellished with features including icons, horns, spikes, rune-etched details, braziers and large flames. The central feature is a massive 8-pointed Chaos Star propped up by a gargoyle; at the centre of it an interchangeable icon can be fixed in place to represent the desired Chaos god. There is also an on-board altar that can be fitted onto the model (into which an axe can be embedded). This decadent model comes with a Chaos Sorcerer that can be assembled with a choice of different heads and hands, allowing even further personalisation.

Scyla Anfingrimm was once the bane of the coastlands from frozen Norsca to exotic Ind. Now little more than a mountain of muscle and unquenchable rage, goaded into battle as a beast of war, Scyla’s only desire is to kill and maim in the name of Khorne.

Scyla is a huge ape-like miniature whose body is a mass of sculpted muscle, bubbling flesh, spikes, fur, scales, flaring tendons and horns. A metal collar of Khorne hangs from his neck, whilst a finely detailed Khorne symbol is branded upon his chest. His face features huge ungainly teeth protruding from his bulky gums, bulging eyes, and his tail leads down to a vicious serpent’s head.

Valkia the Bloody is said to be the consort of Khorne himself. Her violent deeds are watched over by her battle-hungry patron and it is said that those who earn her blessing will fight in the halls of the Blood God for all eternity.

Valkia the Bloody is a vicious-looking model. Her expression is fearsome, as are the two ribbed horns that protrude from her forehead. Two enormous, thick wings are unfurled high up, and she is posed rising up from a pile of flaming skulls. In studded armour she carries her Daemonshield, which features a hideous maw as well as horns, and she stands ready to unleash the barbed Spear Slaupnir on her foes.

Festus is the Leechlord of Nurgle. Woe betide the fool who crosses him, for he is not above force-feeding his latest concoctions to his victims in his quest to bring even more repugnant forms of life into the world.

Festus is largely made up of layers of fat, immense jowls, and boil-infested skin. His helpless victim kneels before him with his head snapped back, his jaws wide open, clawing his throat with a bony hand. Whatever filthy substance Festus is forcing down his neck has ended up burning through the poor man’s guts, which have since erupted across his thighs. As well as wearing an apron, on Festus’s back sits an immense vat of flesh, offal and marginally more coherent body parts, all of which is helpfully (and probably mindlessly) tended to by a slimy, one-eyed Nurgling. Finally, a tentacle unfurls from Festus to grip a staff that is caked with skulls, fungus, parchment and a quill. It is rare to see a more disgusting model grace the tabletop.

The Warriors of Chais new releases will be on sale from the 3rd November and are available from Firestorm Games.

It’s been a long time coming but the Hawk Wargames website has gone live. This is not only big news for Dave Lewis, the founder of Hawk Wargames and the creator of Drop Zone Commander, but for the community as a whole. Simply because Dave has been so active on Twitter that every single one of us has been there with him for the journey. It didn’t occur to me not to stay up and wait for the site to go up. DZC was the runaway success of Salute 2012 and one of the most eagerly awaited games of the year.

The excitement within the community has been palpable but it’s well deserved considering how hard Dave has worked and how awesome the models look. And they really really do.

Click on the grabs below and it’ll take you to the corresponding parts of the site. I demand nothing less than huge amounts of pre-orders because, quite frankly, it looks amazeballs! All I need to do now is find £250 to get the mega awesome PHR army deal of awesomeness. How hard can it be…

Once I do manage to get my grubby little mits on the rules and toys you can expect a full and gushing review. 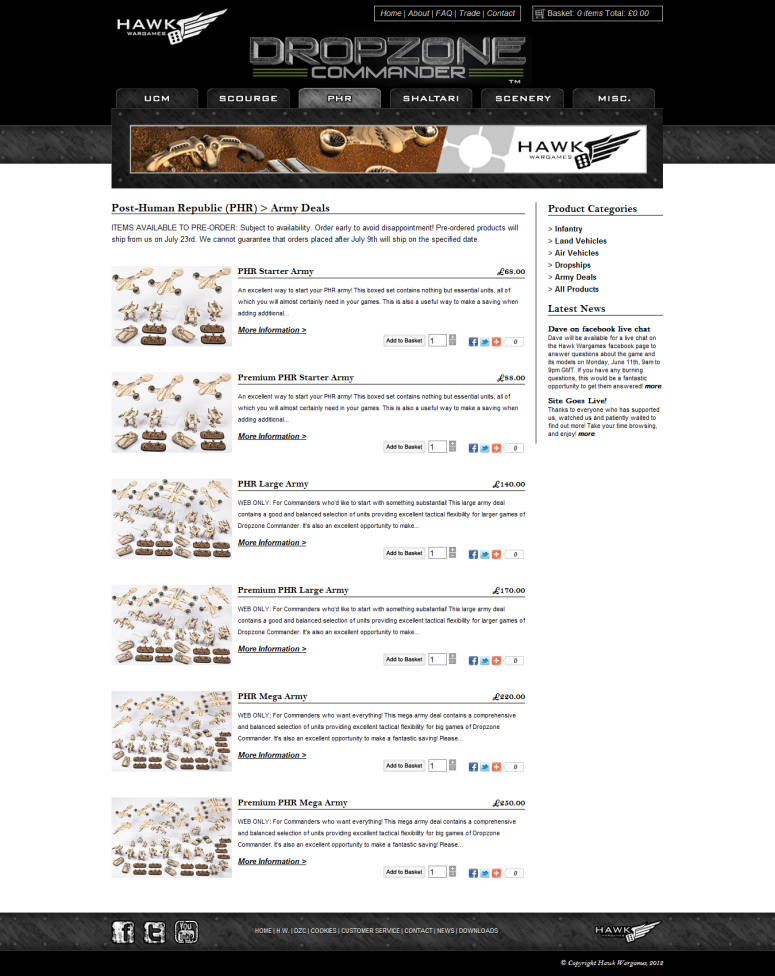