You may have noticed the other a day a little post go up on this site by a chap going by the moniker of Gav Thorpe, talking about a project he’s involved with called Mark of War.

This may seem a bit odd but it actually has the stench of genius about it. Allow me to explain:

I’m blessed with 6 good friends, all of whom live locally to me, all of whom play the same games as me and are all, more or less, constantly up for getting together for a game. However wives, girlfriends, children, jobs, chores, the space-time continuum, amongst others, all transpire to see to it we all get together once a month if we’re lucky. Once a month for us to run three boards and have a chuckle. But at least we manage it. And we tend to see each other in smaller numbers more often than that for hobby nights if not games nights.

Now, thanks to Twitter and this site, I have friends a little further afield. Some as far as Canada and even Australia or even the Norther Wastes of Nottingham! Playing against those fine fellows gets trickier. Oceans have to be navigated, huge sums of money paid out on flights and hotels and that’s just to get me over there, we haven’t even factored in the exorbitant and nail-biting experience of checking an army of scale miniatures into the hold of a plane.

Mark of War allows tabletop wargamers the fun and frolics of playing a tabletop wargame anywhere in the world against anyone in the world. It’s not trying to replace the traditional wargaming experience but enhance it. It allows gamers to share an online wargaming experience which will only enhance their offline one as gamers will play more games. They’ll hone their tactics and, thanks to some very clever jiggery pokery, they’ll be able to customise their Mark of War armies which will only inspire gamers with physical projects.

In the same way that films, books and TV shows inspire us, so too with Mark of War. It’ll give us ideas for our physical armies as well as adding to our experience as generals. And without the time and effort

But that’s not where it stops. The reason for Gav Thorpe once again gracing this site with his awesome presence is because he’s the man behind the world in which Mark of War is set. This means a rich and vibrant backdrop upon which virtual face will be kicked. It means immerse game play and a war that you actually care about winning. It’s the whole wargaming experience. They’re even using dice for crying out loud.

Now there will be some who won’t be convinced. Who see this step in video gaming to be the final nail in the coffin of wargaming but that’s just not true. It’s the natural and obvious evolution from things like Vassal which I, personally, can’t stand. If I’m going to play a wargame over my computer I want it to look as rich and as lush as any gaming board I may build.

And whilst the screens are very much WIP, Mark of War is shaping up quite nicely. Whilst I did raise an eyebrow at red Orcs and yet more elves, I can’t fault the styling or the originality of the world that Gav has dreamt up. 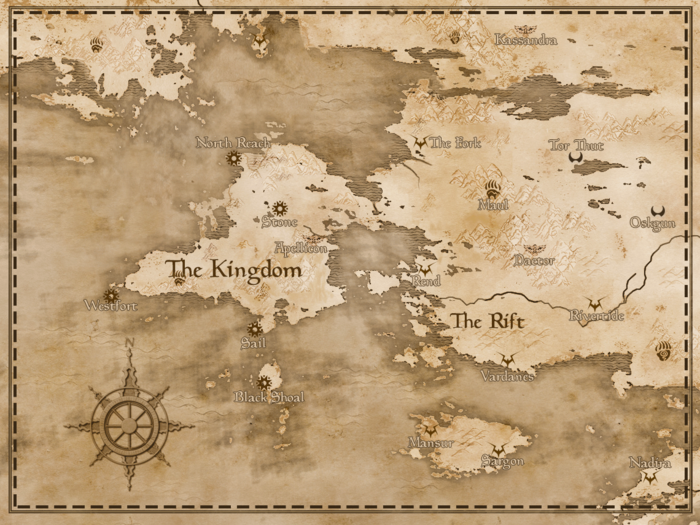 Coupled with the desire of Warpforged Games to keep the experience as authentic as possible it really could be something of a paradigm shift away from games like Warhammer Online, World of Warcraft and Vassal who attempt to recreate the magic of the wargaming board and the fluff but never quite managing either.

Mark of War will not only allow you fantasy fisty cuffs but army building and customisation as well. I’m not sure how that’s going to work – whether or not the models will be built in a modular way to allow for ‘swapping out’ limbs etc. It’s the only area that I can see Mark of War falling short of the real deal. But an elegant army editor should allow for some pretty awesome colour schemes rather than the crude tool featured in Dawn of War all those years ago.

Either way, this is a Kickstarter to watch – and to back if you have the coin. Gav Thorpe isn’t one to lend his efforts or support lightly and that’s good enough for me.